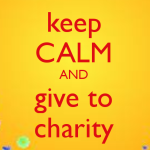 Meetings are required to be one hour or less; ​Members bring a blank check to be written out directly to the selected charity;
If a member is unable to attend a meeting she may give her check to another member to deliver on her behalf or she may mail it in before/after the meeting to the meeting organizers.